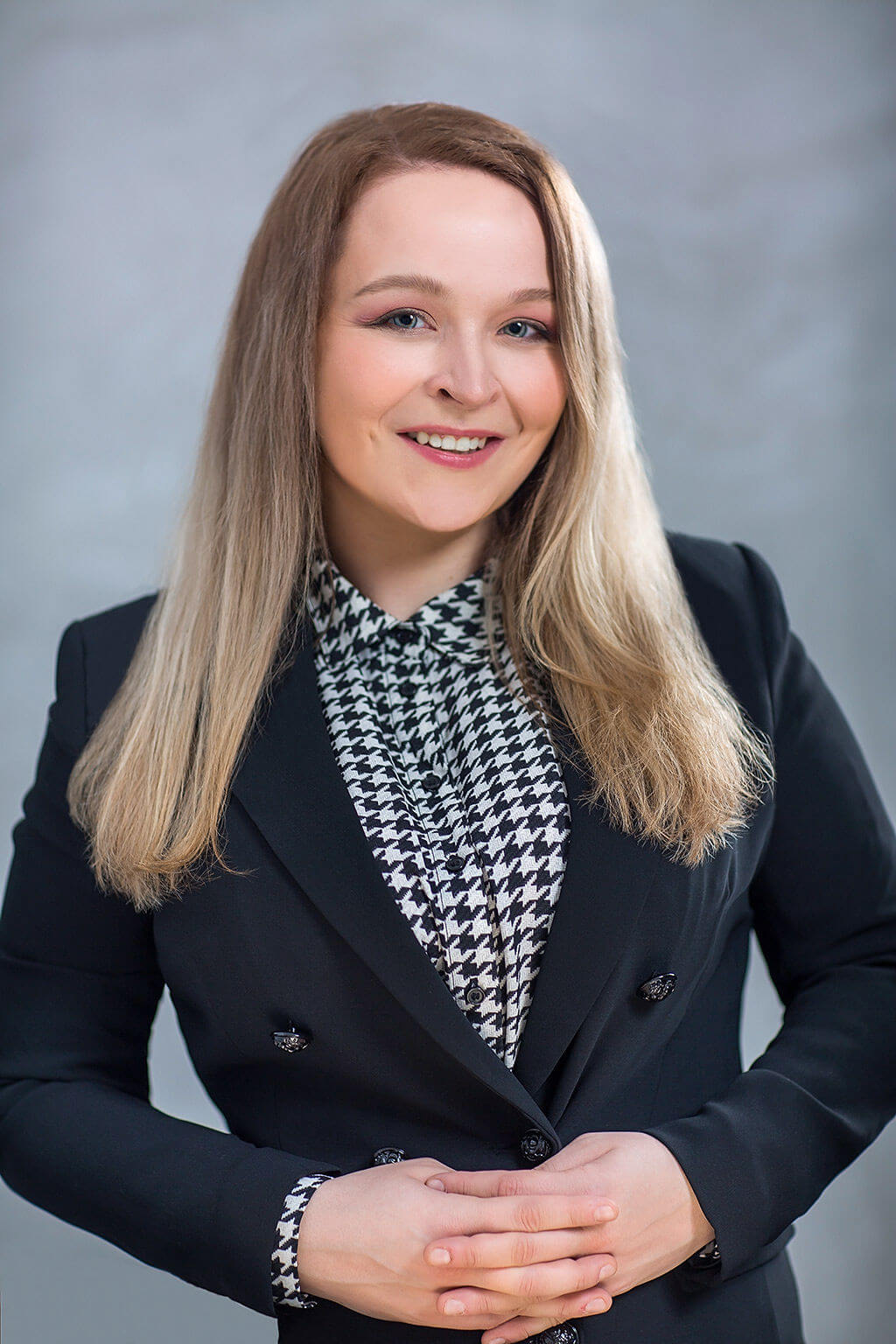 Graduated from the Faculty of Law and Administration at the Cardinal Stefan Wyszynski University in Warsaw. In her master thesis in the field of civil law, she focused at the issue of disclosure of assets in enforcement proceedings.

Her previous professional practice was related to employment in the Legal Office of the Office for Foreigners in Warsaw, where she was responsible, among others, for developing the position of the Head of the Office for normative acts, international agreements and other government documents sent to the Office as part of intra-ministerial and inter-ministerial arrangements. From 2019, a trainee lawyer at the District Bar Council in Warsaw.

An admirer of Japanese culture, cuisine and language. In 2016, she participated in a summer language course in Tokyo, where she attended the KAI school as part of the Japanese Summer Course. She continues to learn the language to this day. Her second passion is computer graphics. She obtained a master’s degree in New Media Art at the Polish-Japanese Academy of Information Technology in Warsaw.